In Celebration of Black History Month

Carter G. Woodson, American historian and author is remembered as “the father of black history” and credited with the launch of African American History Week, precursor to our current celebration of Black History Month. At the time of Negro History Week's launch, Woodson contended that the teaching of black history was essential to ensure the physical and intellectual survival of the race within broader society: “If a race has no history, it has no worthwhile tradition, it becomes a negligible factor in the thought of the world, and it stands in danger of being exterminated. "1"

As February unfolds with all of its illuminating stories about important Black historical leaders and factoids about the African-American experience, it seems only fitting that we take this opportunity to lift up the role of the Black-Owned Funeral Home’s place in our history or it too might, as Woodson suggest, become exterminated.

The rise of the African-American Funeral home is a rich history that can be traced back to slavery times when Blacks salvaged their sacred, African, cultural beliefs about the spirits return to its beloved homeland after death and their later evolved, belief that it provided an escape to freedom from their oppressed state. These “Going Home” rituals sometimes also served as safe places to plan rebellions, as was suspected to be the case in Spring,1800 in Virginia’s infamous failed Gabriel Rebellion against slave owners. This led to strict oversight with slave funerals banned by law unless the overseer was present. It was during the tumultuous years of the civil war and the need to preserve thousands of soldiers’ remains for the lengthy return to their loved ones, that African-Americans, who were charged with recovering the fallen soldiers, became adept as the earliest embalmers. This was a skill that had previously been limited to the medical profession for research purposes.

Ironically, it was after the civil war and the unbridled practices of the Jim Crow era that pushed segregation policies that not only restricted the lives of African-Americans in their day to day activities, but also in death. A practice that actually supported some of our earliest successful entrepreneurs in the Black Community. This success was not taken lightly by Black Funeral Directors as given their professional status and high regard in the community, they were often sought out and assumed leadership roles as pastors, civil rights activist and mayors of the Black Communities they served. In Suzanne E. Smith’s book, To Serve the Living: Funeral Directors and the African American Way of Death, she provides compelling evidence that documents how African American Funeral Directors often were dedicated, civic-minded members of their communities who leveraged their resources and influenced the course of modern civil rights in ways that were unanticipated, and often unacknowledged by historians. "2"

In our 65th year here at J.F. Goode Funeral Home and in keeping with Woodson’s call-to- arms to celebrate our Black history, we would like to take this time to honor one of our founder’s and the first Funeral Director, Joseph F. Goode Jr. (Joe), who much like Smith describes, served “Amityville’s Living” as well as those who returned home with dignity and professionalism.

In 1968 he was appointed by Governor Nelson Rockefeller as the first African-American to serve as Locality Mayor of Suffolk County. During his tenure and throughout his time as Director of the J.F. Goode Funeral Home he played an integral role during the civil rights movement in his efforts to help lead the push to extend public bus transportation routes down Great Neck Road to better serve its predominately Black community in Amityville, New York.

He also launched the first Amityville Day Parade that continues to this day, where he prevailed upon Arthur Prysock Jr., famous jazz and R&B singer to be the parade’s Grand Marshall. Joe also hosted the annual Mayor’s Ball for several years bringing to the event such celebrities as the late, great trumpeter Louis “Satchmo” Armstrong and band leader Lionel Hampton and famed dance instructor and performer “Mama” Lou Parks and her Jazz Dancers to help raise funds for non-profit organizations in the community, such as, ACE. 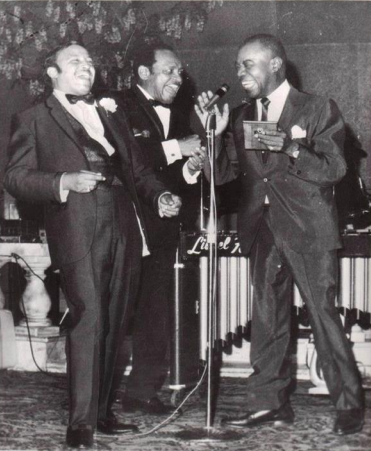 In support of local churches, Joe and his family hosted Martin Luther King Sr. in their home at a breakfast for local clergy when King Sr. had come to preach at one of our local churches in the ongoing efforts to quell the unrest in the community that followed his son’s assassination.

These are, but a few examples of Joe’s contributions to the communities that comprise Amityville, Copiague, Babylon, Wyandanch, Bayshore, Huntington, the Hamptons and the metropolitan area. The racial/ethnic composition of many of these communities has changed over the years, however, we at J.F. Goode Funeral Home are not only proud to share and celebrate the foundation that was established by our forefathers with you, but equally take pride in the knowledge that we have and will continue to serve all the families of our communities with dignity and professionalism.